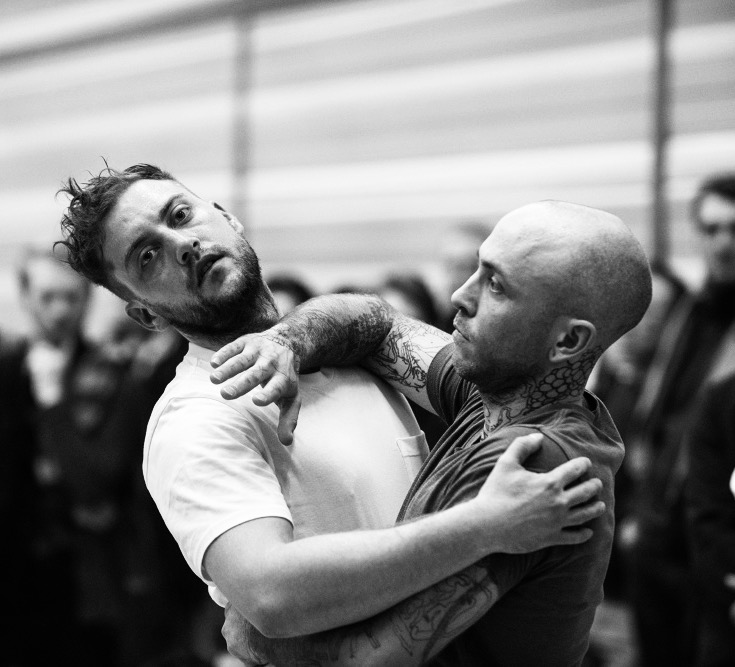 Johannes Werner (* 1988) studied classical percussions and contemporary music at the Stuttgart University of Music and Performing Arts as well as in Stockholm. As a drummer and performer, he is a regular guest at various national and international festivals and stages such as the Staatstheater Stuttgart, ZKM Karlsruhe, the Philharmonie München, ECLAT Festival, the Donaueschinger Musiktagen, the Darmstädter Ferienkursen für Neue Musik, the Moers Festival, Fusion, Theater der Dinge Berlin and the Ankara Music Festival. He worked with numerous well-known composers and played world premieres, by Adriana Hölszky, Frederic Durieux, Martin Schüttler and Gerhard Stäbler among others.
In 2014 he was awarded a sponsorship award at the German University Competition. With his quartet Daidalos Percussion, he won the prestigious International Percussion Competition Luxembourg in 2015 and received the Bruno Frey Music Prize. In 2017 the quartet released their debut CD, and further recordings were made for the Bavarian Radio.
As a musician rooted in classical percussions, a large part of his work focuses on the different fields of new music. In the course of exploring those gields, he became particularly interested in interdisciplinarity and his role as an instrumentalist at the crossing of theater and performance.

Johannes Werner is a fellow of the Baden-Württemberg Art Foundation 2019.
Since 2019 he has been studying composition and contemporary music theater at the Bern University of the Arts with Simon Steen-Andersen, Leo Dick, Cathy van Eck and Stefan Prins.