Karlheinz Stockhausen and Christoph Ogiermann in one program. Where one set standards in the 20th century and is still seen as a pioneer for many developments in music aesthetics to this day, the other tries to break standards, either to leave paths entirely or to make their direction unrecognizable by countless cross-connections, abolishing the “standard” as a status indicator.

Mikrophonie I from 1964 for 6 players, tam-tam, 2 microphones, 2 filters and controls is considered the key work of live electronics. The performing ensemble can be divided into three groups, the first being responsible for the sound generation with various objects on the Tam-Tam. Group two captures the sound results with microphones, while the third group directly transforms the captured sound signals with electrical filters and controls. Stockhausen examines the possibilities of direct processing of acoustically generated sounds as well as the mixture that results from the acoustic results and the playback of their processing by loudspeakers in the hall which, as active instruments, scan and enlarge the tam-tam after various vibrations, similar to using a stethoscope.

In collaboration with Ensemble sh|ft, Christoph Ogiermann would like to refer to the historical context of Mikrophonie I in his composition.
Under the working title CONTRE-PIECE: Vorhang weg! RENNEN!, a piece for four players and two sound directors is created in an electronic environment.
The material framework in which the players move is basically transferred from Mikrophonie I. The original materials that are used by Stockhausen to produce sound on the tam-tam are themselves staged as sound sources and spatially re-arranged. Live electronics use filters to produce melodies that are generated from work on the original material. In this setup, the voices and bodies of the players are presented in an audible and visual way, thus lifting the piece out of anonymity and forming a counterpoint to pure sound and its hidden processing. A major concern of the composer and the ensemble is to create a piece that can be used in a wide variety of contexts. The established stages of contemporary music are important platforms and places for exchange and are in demand as such. CONTRE-PIECE: Vorhang weg! RENNEN! however also wants to break loose from this framework.
Therefore, performances are planned separate from these stages, for example on different balconies in a high-rise area in Bremen North or in rural areas. Classical roles between recipients and communicators can be renegotiated, new actors immerse in social feedback - and the eternal feedback-loops of expertise gain a real alternative. 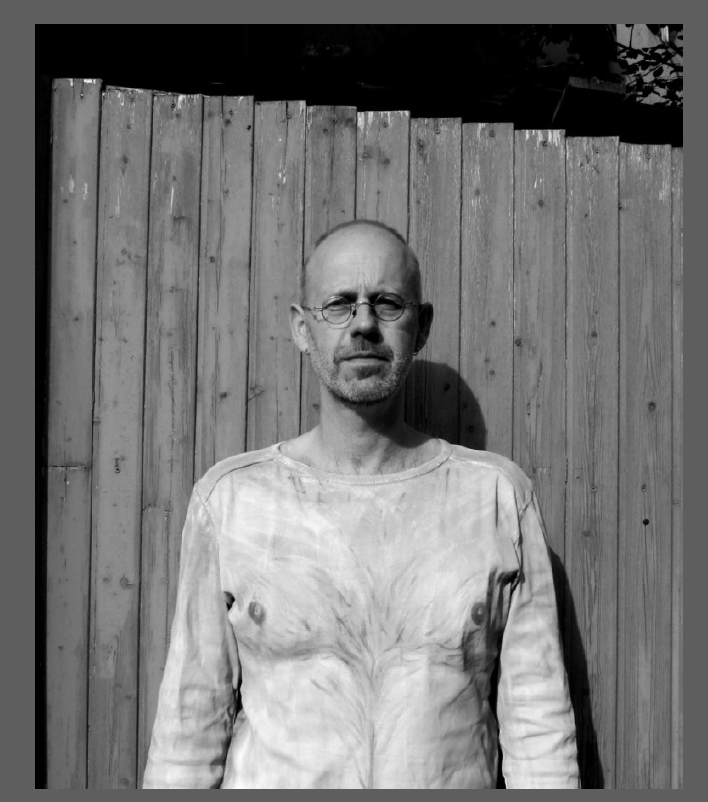 Born in 1967. Begins composing in 1990 at the suggestion of Erwin Koch-Raphael and has been writing music ever since. Studied composition at the University of the Arts Bremen with Younghi Pagh-Paan, Nicolas Schalz, Georges-Nicolas Wolff.
Works as a reciter, singer; violinist and pianist in the fields of improvisation and European art music.
Stays at the Archivio Luigi Nono / Venice (DAAD). Guest composer at the Institute for Electronic Music and Acoustics Graz, in the Studio for Electronic Music of the Technical University Berlin, in the Experimental Studio of the SWR. Scholarship holder of the Cité des Arts, Paris, Art Prize Music, the Academy of the Arts Berlin. Invited as a lecturer for composition, improvisation and electronics etc. to Edingurgh, Queretaro, Pitea, Trossingen, Hildesheim, Lucerne.

Head of the project group new music Bremen and REM (Rapid Ear Movement: Concerts and Festival of Electronic Music). Member of the artist collective TONTO / Graz and Stock 11. Co-founder and member of the MusikAktionsEnsemble KLANK